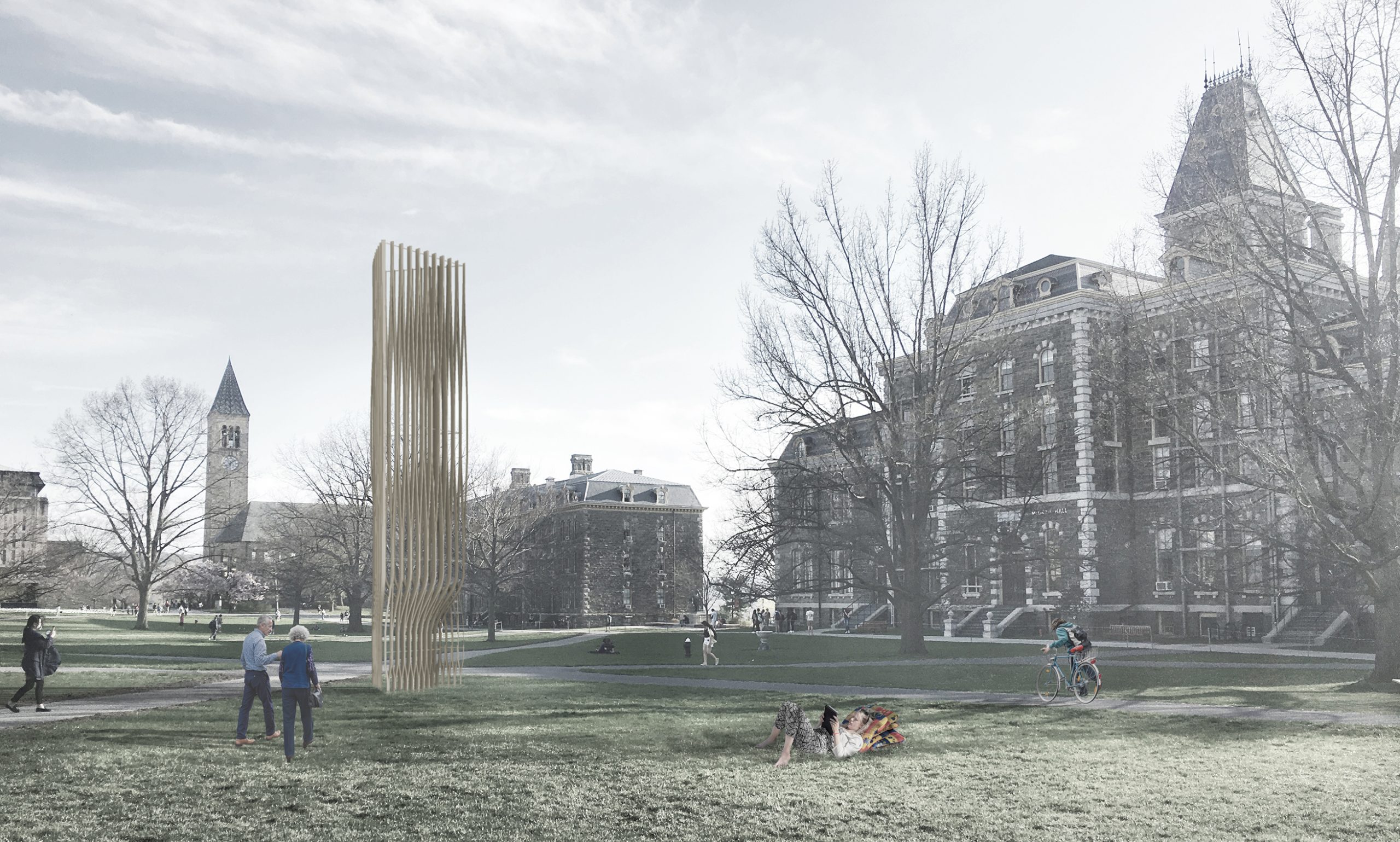 In times of uncertain futures and environments, wood framing needs to be fundamentally re-visited to address its often-ignored socio-political shortcomings and environmental controversies. The industrialized practice of wood framing emerged from a long and colonial American tradition of rapid wood construction and remains conceptually tied to its problematic roots in early settler colonialism. Early framing (along with timber construction, the burning of wood for fuel, and agriculture) are connected to the deforestation of lands across the Americas which itself was made possible by the violent, large-scale dispossession of Indigenous peoples and communities. Today, framing fosters the rapid expanse of urban sprawl, offering cheap and quick building solutions across the country. Environmentally, framing relies on non-local fast-growing softwood from mono-cultural forests. While economically successful, framing often remains without a viable alternative: 2x4s are simply (too) cheap, (too) easy to discard, and (too) available at every home improvement store.

UNFRAME questions current paradigms of timber framing by working with local forest resources devastated by the ongoing Emerald Ash Borer epidemic. Robotic techniques enable new milling patterns for infested Ash trees: the design asks how far a single log can be stretched – both literally as an assembly and figuratively as a valuable resource. Stretched from logs into wall surfaces that reference and reinterpret the structural rhythm of traditional wood framing, UNFRAME also relies on active bending and weaving strategies that are found in often-underrepresented architectural typologies such as the Haudenosaunee longhouses. The Haudenosaunee longhouses use locally available materials to build efficient structures. As an exhibition space, UNFRAME seeks to present and acknowledge these histories. Addressing the theme of Futurities, Uncertain, UNFRAME seeks to broaden the conversation about our shared construction histories and future resource trajectories. Assembled into a tower on the Arts Quad and merging new technologies with complex histories, UNFRAME complements Cornell’s neo-gothic stone towers by creating an ornamental wooden counterpoint and a beacon of gathering space. An augmented reality (AR) exhibition on regional wood construction techniques at its base highlight a diverse variety of techniques that can help re-frame the way we think about our future built environment.

To register for this event please visit the following URL: http://None →