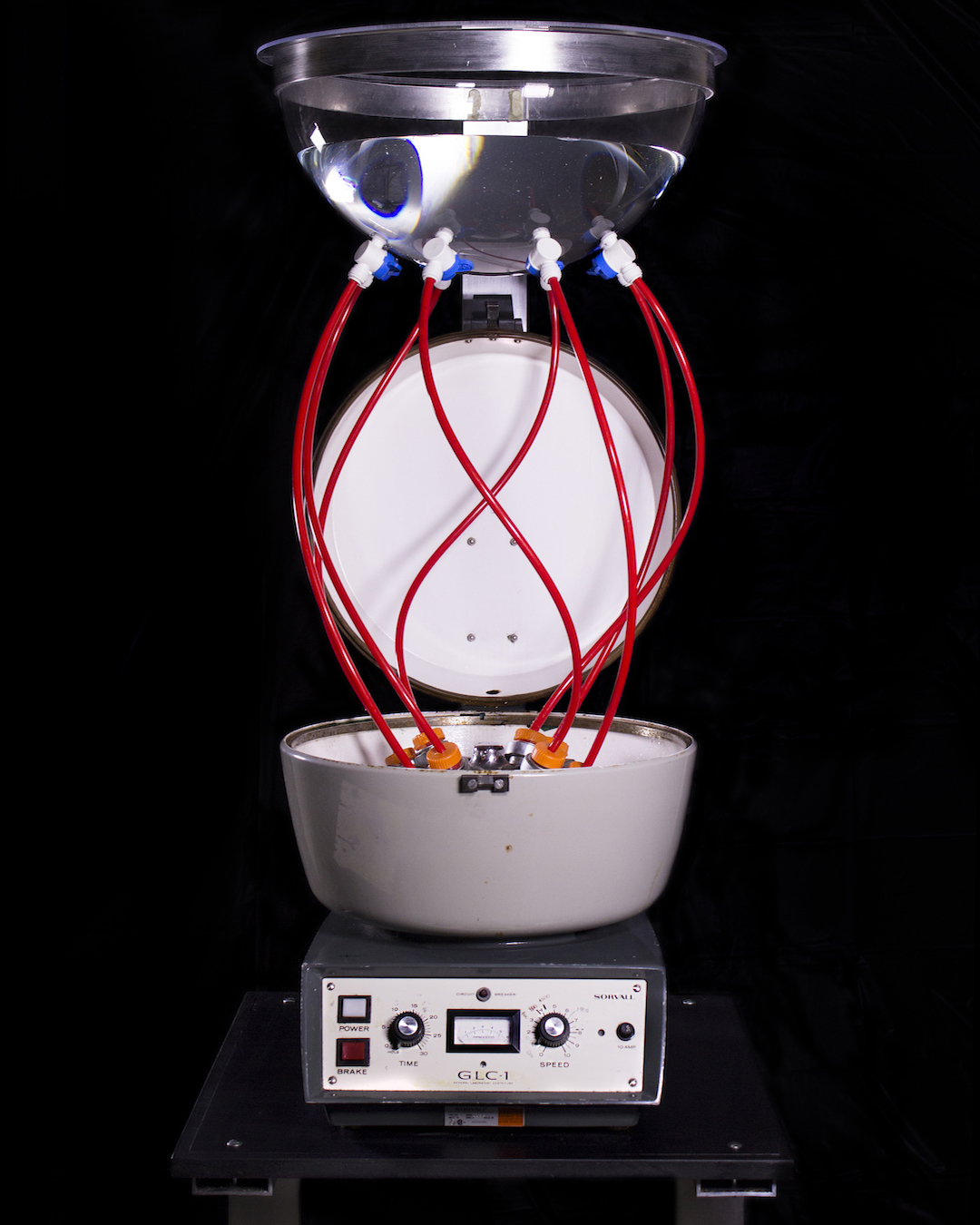 The America Project is a live, biological art installation centered around a process called “DNA gel electrophoresis,” colloquially described as “DNA fingerprinting,” a process which Paul Vanouse has appropriated to produce recognizable images.  The project premiered at the Esther Klein Gallery, Philadelphia, on October 20, 2016, and received an Award of Distinction at Prix Ars Electronica, Linz, in 2017.

Visitors to the installation first encounter what might resemble a human-scale fountain or decanter, which is actually a spittoon in which their donated spit is collected. Entering the exhibition, viewers are offered a one ounce cup of saline solution and asked to swish for thirty seconds. Their sample is then deposited into the spittoon. During the installation, Vanouse extracts the DNA from dozens of combined spit samples—containing cheek cells and the cells’ DNA—all mixed together.  The DNA is not individuated nor retained; it is processed as a whole to make iconic DNA fingerprint images of power—including a crown and flag—which are visible as video projections of the electrophoresis gels throughout the exhibition.

Paul Vanouse is an artist working in Emerging Media forms. Radical interdisciplinarity and impassioned amateurism guide his practice. Since the early 1990s his artwork has addressed complex issues raised by varied new techno-sciences using these very techno-sciences as a medium. His artworks have included data collection devices that examine the ramifications of polling and categorization, genetic experiments that undermine scientific constructions of race and identity, and temporary organizations that playfully critique institutionalization and corporatization. These “Operational Fictions” are hybrid entities–simultaneously real things and fanciful representations–intended to resonate in the equally hyper-real context of the contemporary electronic landscape. See more of Paul’s work at paulvanouse.com.

To register for this event please visit the following URL: http://None →